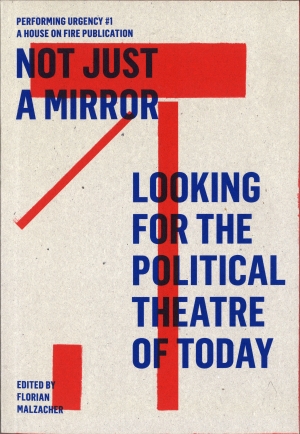 Not just a mirror. Looking for the political theatre of today

Not Just a Mirror maps a movement of artists from all over the world searching for the political theatre of today. A theatre that wants to engage with society both in its contents as in its form, creating a contemporary community in which social and political actions can be deployed and in which societies in their – actual or possible – varieties are played out, performed, expanded, tested, or even invented. Not Just a Mirror is comprised of eight essays, two interviews, and 15 case studies of political theatre makers, and investigates the performing arts as a political laboratory of the present. It explores how theatre, dance, and performance reveal their essential agnosticism, provoking the potential to actively change society rather than merely serving as a cover-up for the dysfunctions, fractures, and wounds of society.